Charles Huthmaker, CEO and Founder of CJ Crew Co. has been immersed in rowing since 1988 when he was walking across campus and saw the same sign that thousands of rowers have seen, “If interested in trying crew, show up to the meeting at (fill in the blank).”

Since then, he has been a student of the sport.  Having first jumped into a coaching launch in 1991, he has since coached at all levels of the sport from novice juniors to elite athletes at world championships.  Universities where he has coached include UMass-Amherst, Yale, Fairfield, Stetson and Georgia State.  Clubs include Connecticut Boat Club, Norwalk River Rowing, Orlando Rowing Club and Atlanta Rowing Club.   While coaching at UMass-Amherst, he earned is MS in Exercise Physiology.

While watching athletes improve and succeed fuels his fire, helping coaches improve is also a joy.  Charles has been helping USRowing educate coaches since 1999 by running Level 1 and Level 2 clinics all over the country along with presenting at the USRowing Convention. 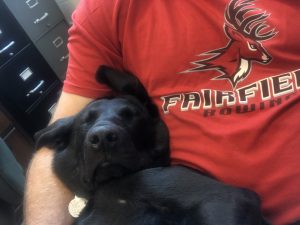